The rocking guitars and whaling chorus make it seem more like a punk song with a Mumford appeal. It was a great ending. Another awesome show from Mumford, but nothing topping that Babel tour. I like the new album, but not as much as those original two. It'll be interesting to see what direction the guys go from here. But still a worthwhile show.

Top marks gents, first time seeing you live but definitely will not be the last. I was captivated by their lyrics and instrumentation, and I never knew I could like folk-influenced music until I heard of them. Although I like their first album better, Mumford's sophomore album, Babel, is still great. On the second night of Lollapalooza last year, I got to listen to the lead singer's Marcus flawless voice, and seeing the band in the flesh was like a dream. It was such a beautiful night that I will always remember. There was an unbelievable amount of people who came out to see them. The crowd stretched all the way up to the road leading to the main area of the park. 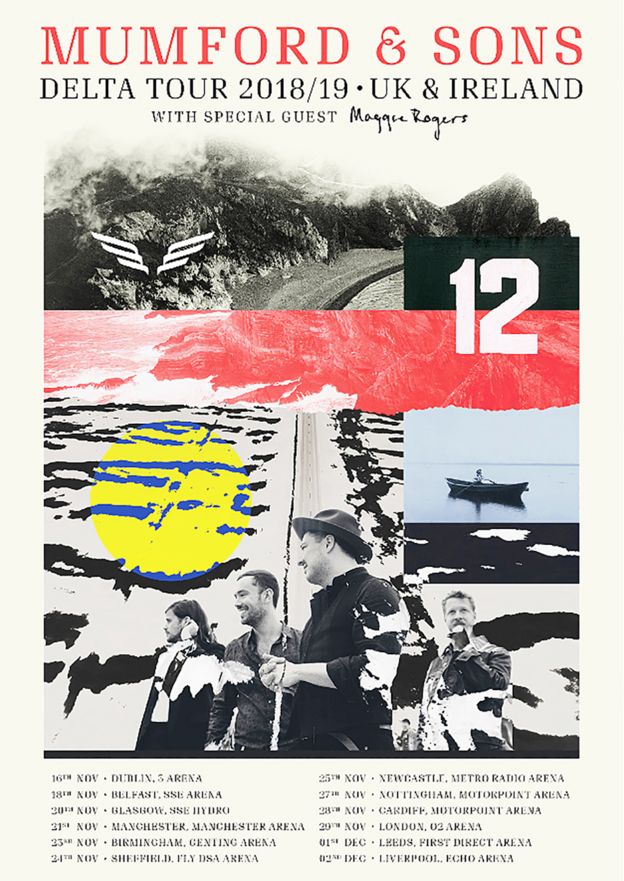 We decided not to immerse ourselves in the pit since we were still tired from the last concert, so we sat in an area where people were more spread out. It was so relaxing listening to Mumford under the city lights. I could see on the big screens how happy the band was as they played for us. The most memorable part of the concert was when they performed "Lover of the Light.

It was such a beautiful and exciting sight too see. I'm still amazed at how perfectly timed it was. The crowd was so happy; none of us expected to experience a concert and a fireworks show at the same time. Mumford and Sons are probably the best live band of the millennium. Their performances are always electrifying with boundless energy that resonates through whatever venue they are playing.

I'm lucky enough to have seen them 13 times in their evolution, from playing their second ever gig in the Union Chapel supporting Laura Marling, to wowing people in a barn for an album launch party where the crowd got to do barn dancing with the band after they performed. Now they can headline Glastonbury and they made their very own Gentlemen of the Road festival which might sadly be the last show I'll have seen them at, depending on whether they return from their "hiatus".

When Mumford and Sons perform they always have a magic onstage and a surprise up their sleeves, usually bringing onstage all support bands or other bands at festivals they've played together with for an encore, wowing the crowd with stomping intense versions of Fleetwood Mac - The Chain or The Beatles - Hey Jude or With A Little Help From My Friends. Mumford and Sons live is a completely different experience from the commercial radio product most people know. They're the greatest songwriters of their generation and their folk bluegrass anthems pump infectious positive energy through every living breathing soul that witnesses this live experience.

After Glastonbury the hype and the sales figures behind Mumford and sons trounced the Rolling Stones. That just about says it all. And they're amazing lovely funny guys.

The British audiences first of all embraced their own brand of traditional alt-folk and made the debut album 'Sigh No More' a commercial and critical success. Now their live show has taken them to some of the biggest stages on both sides of the Atlantic with the stomping folk of the debut and follow-up 'Babel'. A Mumford concert is quite an unusual affair as the audience is constantly drifting between the hoe-down high energy of 'Little Lion Man' and 'Winter Winds' to the solemn and poignant 'Timshel' and 'Ghosts That We Knew'.

Mumford and Sons are a live band that never disappoint. The passion that goes into each performance is incredible. Crowd pleasers like "I will wait" "little lion man" and "the cave" will have you jumping up and down fist pumping along with a sea of Mumford loving fans.

Mumford started off their career as a cult band playing small venues to less than people now on their arena tours all over the world they still manage to create a gig vibe where you feel a connection to the band. No crazy pyrotechnics no backing dancers or costume changes Mumford are just 4 lads with the occasional drummer or fiddle player joining them on stage who create a mind blowing performance everytime. When Mumford announced their hiatus, I couldn't have been more heart broken. I couldn't wait for new material and a chance to see them perform.

So when I heard they were releasing a new album and announcing a world tour, I was beyond excited. The show exceeded all of my expectations. It was with out a doubt one of the most energetic and incredible concerts I have ever been too. The love from the fans was whole heartedly reciprocated by the band. They are such great performers and musicians and hearing their music live was absolutely amazing! If you are a fan of Mumford, you have to see them perform live.

No question about it. Worst gig I've ever been to as me and my friend were refused entry into the genting area on the basis we we apparently we were intoxicated however we had only had a couple of drinks before the event. The security team roughly manhandled us away and even people in the queue around us where asking the security guys why we were being refused entry as we had done nothing wrong!

Have tried to contact the arena today with no joy and have been transferred to many departments none of whom know what to do for me. Have even been to the venue this afternoon but found it to be closed.

Will be putting my case into writing and shame on you Genting arena! The concert was amazing. It out shone all my already high expectations. It felt like they gave their all for the entire two hours every minute was perfection. The venue and effects gave a great atmosphere. The pre-band Bears Den was good definitely worth giving another listen too.

I come from South Africa and this was the highlight of my stay in Germany. I hope that the band would consider visiting my beautiful county in the near future so that I can share this experience with my fellow people. The only bad remark I have is that the beer was far to expensive.


Marcus even ran throughout the crowd, I mean to the top of the stadium, right past my friend and I who caught it on video. The other artist who performed were amazing; BORNS also sounded fantastic live and so did Beatenberg who I heard for the first time at the concert. Can't wait for their return, we will definitely being going to their next concert! I had the VIP experience and it was well worth it. The early entrance to the venue made for an amazing experience.

Mumford killed it with their setlist. I had chills during some of the songs. They put on such a good show. I would see them live time and time again. Honestly, best concert I've ever been to.. Nice mix of not so old and new. Very courageous Mumford to wander off in the crowd. Loved the "Encore" touch at the end where he surprised us at the other end of the stadium with an "unplugged rappel", with simple acoustics and basic amplification.

A million thanks to our friends for hosting us! The tour, in support of their forthcoming fourth album, Delta, kicks off in Dublin on November 16, the day the album launches. The six month run routes the band up and down the UK followed by a brief stop in the US and Canada ahead of Christmas.